to sources that interest you 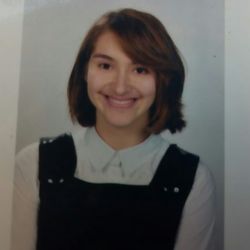 ﻿I discovered this platform thanks to the Youtube channel of its creator, Lucas Williems. Having such a platform seems to me like a wonderful idea!

﻿Let me talk a little bit about myself. I am currently doing the first year of my master's degree in mathematics in ENS de Lyon, where I got admitted in 2019 at the level of L3, having completed first two years of my studies in a Russian State University in Saint-Petersburg. Like you would probably guess, my principal professional interests in life concern math/programming, although, like all other people I do love concerts, hanging out and other fun stuff!

﻿Having watched quite a few videos of Lucas, I realized that the main driving force of this community are students preparing for the oral exams in mathematics and, although the initial idea of Lucas was to create a website where all people would share all possible ideas, I do find that it would be more productive if, at least in the beginning, this community were to grow thanks to math!

﻿To be more precise, after discovering this platform, I came up with an idea of creating a database of exercises in different topics of math (it does not have to be only exercises from past exams). If this database, containing exercises/problems and neatly written solution to them were to grow, it would allow next generations of students in mathematics (and afterwards, why not, in other sciences) to study more efficiently. The next interesting idea would be to create short videos explaining important concepts needed to solve problems from the database, so that users would not only look up exercises but also learn and progress in their studies. In doing so, we can create a whole mathematical ecosystem which would help lots and lots of students. An example of such an ecosystem would be a quite known forum mathstackexchange, but I sometimes find it rather messy, and it is a forum and not quite a learning platform.

﻿I realize, of course, that creating such a database is not an easy task. But if some of you got interested in my proposal, I would love to hear your thoughts on it, you can share them on this same platform (share.miple.co)!